What is the Best Channel for Customer Surveys?

In this article, we look at the most popular channels for running NPS surveys, analyze their pros and cons and what they are best suited for. 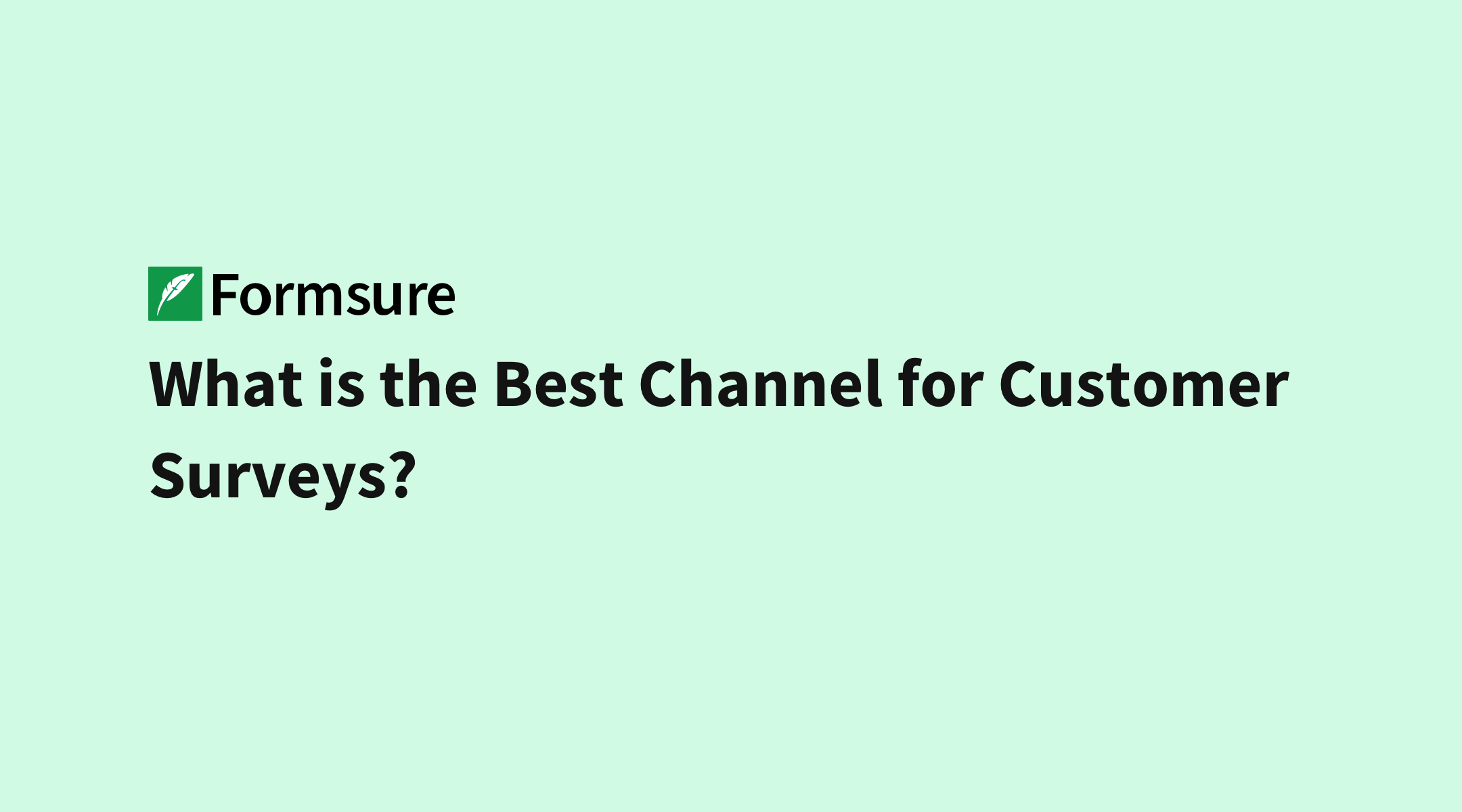 Customer feedback is critical to the success of any business. The single most important thing you can do to stay competitive is to listen to your customers and respond to their requirements. However, deciding how, where, and when to poll your clients can be tricky.

For instance, imagine a company that has an NPS® rank of 50 (60% Promoters, 10% Detractors and 30% Passives). Based on the score itself, it might feel that the customer satisfaction is high and the company is poised to be a market leader. But, what if the survey had a poor response rate of only 10%? What if, out of the 90% of non-respondents, there were 10% Promoters, 40% Passives, and 50% Detractors?

That would take the score to -22, instead of 50. That’s what we call response bias. It happens when the survey is not properly conducted to reach the target customers. The bias can only be eliminated by improving the response rate and collecting feedback from customers on a consistent basis.

Email, though still one of the most popular ways to engage customers, has several drawbacks, including lower response rates and longer response times. The main advantage of using email is the increased rate of qualitative response. Customers who take the time to respond to an email customer survey are more likely to be loyal to a brand.

However, it is less personal, so the open and response rates aren’t the strong point of email surveys. According to the DMA’s Email benchmarking report for 2018, email open rates across industries are on average at 18,1%, less than the case of other channels. But, let’s take a closer look at the related advantages and disadvantages below:

Best Suited for: almost any kind of business that maintains an active subscriber/customer list, and wants to measure brand sentiment.

People that visit your website or utilise your web or mobile application are most likely interested in your services. You can collect meaningful feedback that can aid you in a variety of ways if you don’t bother them with bothersome forms. It’s widely used nowadays; typically, it’s a pop-up that asks one to three questions.

SMS has a lot of advantages. Receiving an SMS is something we all open, and we open them fast. The familiar vibration grabs our attention with an average response time of just 90 seconds. Although SMS surveys tend to reach higher response rates, they can be too personal, annoying and intrusive to your clients. To get a clearer idea of whether you want to use text messages for sending your surveys, we listed the relevant advantages and disadvantages.

What is a good NPS score?

Generally speaking, a Net Promoter Score that is below 0 would be an indication that your business has a lot of issues to address.

A score between 0 and 30 is a good range to be in, however, there is still room for progress. If your NPS is higher than 30 that would indicate that your company is doing great and has far more happy customers than unhappy ones.

An NPS over 70 means your customers love you and your company is generating a lot of positive word-of-mouth from their referrals. The higher your NPS is, the more likely it is that your customer referrals will convert into new leads, hence into more revenue for your company.

Most Powerful Form builder for surveys, polls, and quizzes

Customisable for all industries and use cases