Formsure helps in conducting effective surveys of plans and decisions made for public. 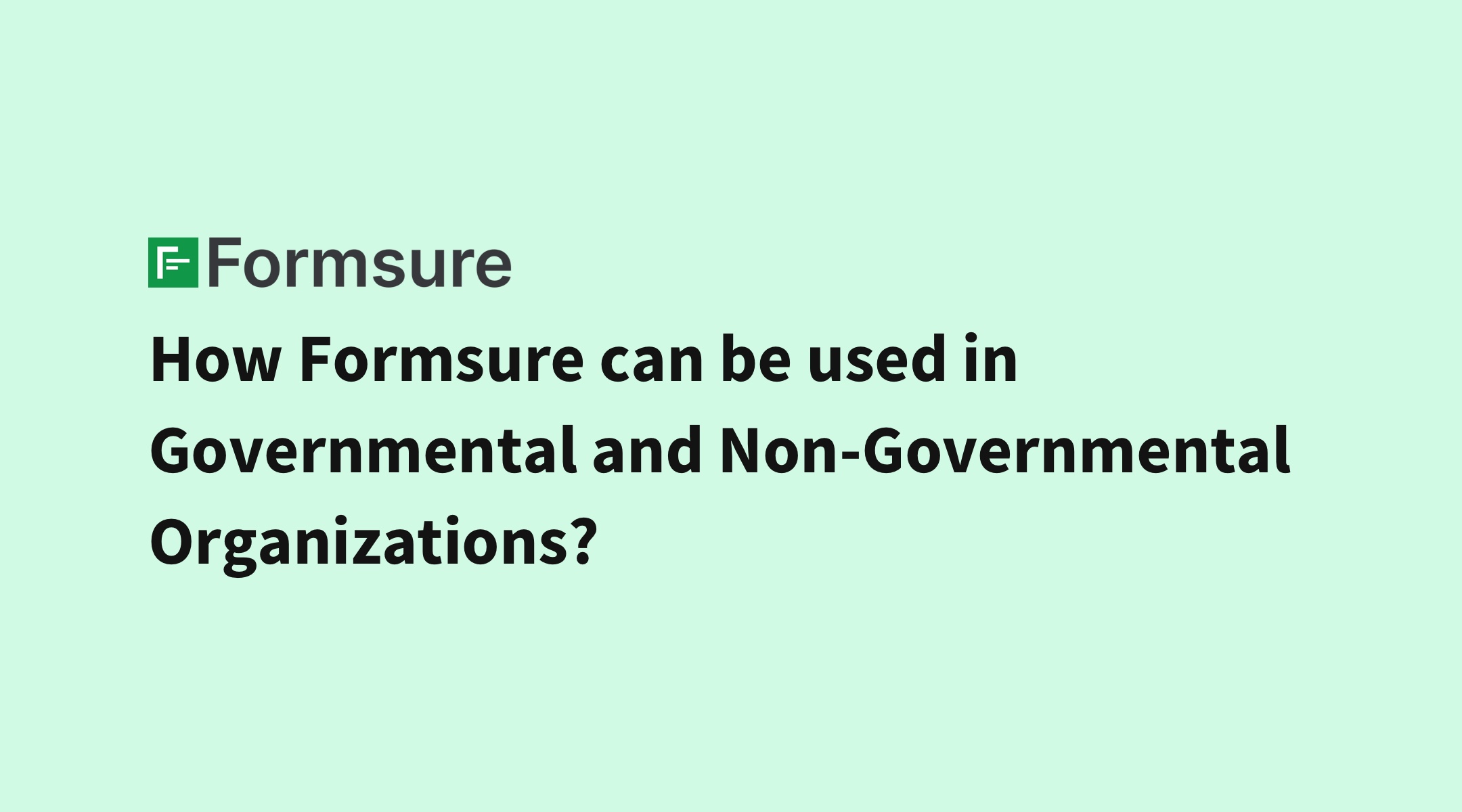 Formsure helps in conducting effective surveys of plans and decisions made for public. They can conduct polls for the comparison of different action plans and former events with the use of drop down and multiple-choice questions available in the interface.

With Formsure members of Congress can share questionnaires to their constituents to determine their opinions on the important and day to day issues of civilian in the form of survey, officials can ask people to collect their opinions about the issues being considered. With the help of rating tools, they can help in analysing the feedback on the effectiveness of former actions/decisions. Even applied to political use, such as in election campaigns, by conducting internal polling they could even know about the public opinion of candidate in the respective constituency.

Easy to use and an efficient cost and time saving product: individual having basic computer knowledge is the key requirement to conduct survey using Formsure. No need spend time for training of the product as compared with our competitors.

Conducting poll for selecting board members with Formsure, is an effective, efficient and timesaving method for NGO’s at the time of year end, as they can concentrate on other concerned areas. The device specific preview helps the respondent to review and respond remotely on the effect of past activities of leadership even anonymously with the support of a hard-line privacy policy offered by Formsure. With the help of rating tools forecasting the future plans thus made a detailed review possible, survey on the action/decisions taken back in days, finding the public response and collect an efficient feedback. Realtime Quizzes can be made effective with Formsure which enhances social between members.

Most Powerful Form builder for surveys, polls, and quizzes

Customisable for all industries and use cases